The Photography of Dick Swanson

Richard C. "Dick" Swanson (1933-2009) was an award-winning American photographer known primarily for the black-and-white photographs he created in Michigan, South Florida, and North Carolina from the 1940s to the 1990s.

Swanson picked up photography in the mid-1940s as a teenager in Vassar, Michigan. He took photos for his high school while running a commercial photography business, shooting hundreds of photographs for local newspapers and businesses—in the process documenting virtually every aspect of small-town iife. Like the Farm Security Administration (FSA) photographers of the 1930s and early 1940s, Swanson understood that a documentary photograph could also have aesthetic value.

After a hiatus to attend college and dental school, and relocation to South Florida in 1961, Swanson resumed taking pictures as a purely artistic endeavor. During the 1970s and 1980s Swanson refined and mastered his craft through intensive darkroom experimentation and improvisational "street" photography, creating an extensive portfolio of images.

Swanson's images have appeared in numerous publications and won awards at many national juried exhibitions. Prints of many of the images are held in the collections of over 20 U.S. museums and other institutions. 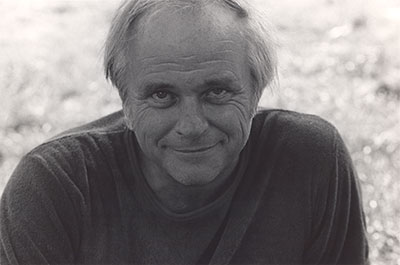 Dick Swanson often referred to his portfolio of older and newer works as “Second Generation Photographs” because they reflected two eras in America separated by 30 years in the life of the photographer:

The older images are unique documents of post-World War II Michigan civic and daily life (and death), thematically similar to the work of Walker Evans and Weegee and created a decade before Robert Frank published The Americans. Here's a quote from a review of the 1986 exhibition New Developments: Contemporary American Photo Work at the Meisel Gallery in New York:

“Among the pictures with more of the old conviction I liked Dick Swanson's 'Memorial Park Dedication' (if this was correctly dated 1950, then it predates the images it at first appears to echo) ...” 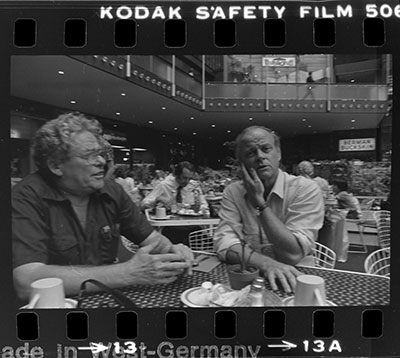 We have a limited number of Dick Swanson's original black & white prints available for purchase. These are traditional gelatin silver prints Swanson printed himself in his darkroom in the 1970s–1990s using the original negatives. Gelatin silver prints are noticeably higher in quality than digital prints and have greater value as collectible works of fine art.

To see the available prints and purchase information, go to the top right of this page.

The Richard C. "Dick" Swanson Collection at the Bentley

In 2016 the Bentley Historical Library at the University of Michigan (Ann Arbor) agreed to acquire the Richard C. "Dick" Swanson Collection for its archive.

The Bentley has received (or will receive) Dick Swanson's core collection of hundreds of fine art prints, personal papers, and slides and negatives, as well as full copyright ownership. The archive eventually will be accessible online for research purposes. Note: There will be a "limbo" period during which Swanson Media will continue to handle licensing requests until the Bentley has acquired and processed the full collection and is ready to manage such requests.

Under a license agreement with the University, Swanson Media will continue to publish Dick Swanson's images (website, prints and books).

Below are links to the Dick Swanson gelatin silver prints available for purchase. Most prints are unmounted/unmatted. Many are dry mounted on archival-quality mat board, while a few are fully matted. Several are signed and/or stamped/labeled by the photographer.

The average print condition is "8 (Excellent)" but be aware that many of these prints are over 30 years old. Many were displayed in exhibitions around the country; the prints/mats will show varying signs of handling and may have exhibition labels on the reverse. Many of the flaws on unmounted prints, such as handling impressions, rippling, or dimpling, could be mostly eliminated by having the prints professionally mounted and matted.

Click the thumbnail images below to see large views of the available prints, image/historical details, condition descriptions, and prices.

If you have any questions about the prints, contact Mark Swanson